The consumers must understand that Atomic Particle Colloidal Silver PPM is not the same as Nanoparticle PPM.

Before GoldenGevity entered the Colloidal Silver Industry, NO other company in the world has EVER produced Atomic Size Particles of Noble and Base Metals such as we have. Therefore kindly consider our explanations:

Low PPM nanoparticle colloidal silver sellers make it a practice to state that High PPM is Toxic; they do this to ward people away from our Stellar products.

As stated in other articles:

Our particle sizes are ATOMIC (0.1 nm smaller than an angstrom), True Trace Minerals, and "minerals" are not metallic, but are in fact, "crystal-like" minerals rendering more benefits of having Crystal Sacred Geometry.

Not only are the atomic particles tens to hundreds of thousands of times smaller than nanoparticles, but they are virtually impossible to see with the naked eye, not even with the world's most powerful microscopes. Only Special multimillion-dollar equipment (Scanning Electron Microscope) can see the Atoms inside a nanoparticle, as Stanford University demonstrates in the image below a 5 nm METALLIC nanoparticle. 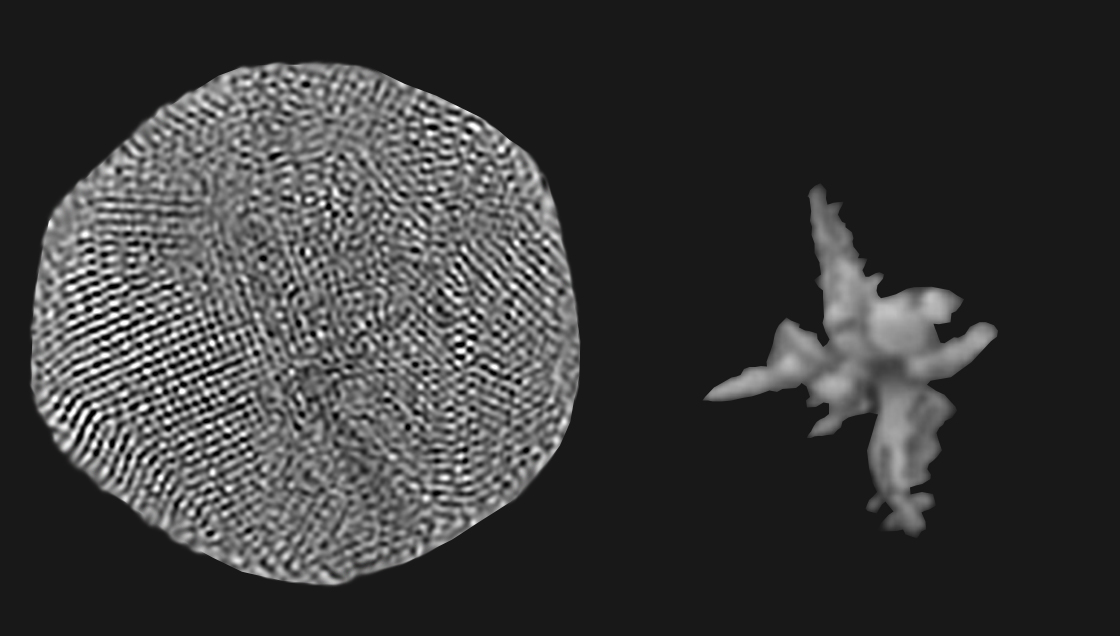 This nanoparticle is estimated to contain 50 to 100,000 Silver Atoms!

GoldenGevity took the Colloidal Silver Process to a Higher Level. We break down the nanoparticles into individual Atoms, thereby losing the Metallic Qualities of the particles, virtually eliminating any chances of the toxic build-up of hard, heavy silver metals and the chemicals associated with them.

Sellers of Nanoparticle PPM also define PPM According to "their understanding" of nanoparticles since they do not know how to make atomic particle colloidal silver. They are not actual inventors; so, they can only expound upon a 100-year-old electrolysis process (that is highly plagiarized btw) and try to equate and make comparisons based on their conclusions of nanoparticles.

The fact is that the FDA does not recognize "PPM" as certified mcg per dose. Instead, they consider it a "concentration," whether they be nanoparticles or Water Molecules saturated with silver atoms.

Manufacturers of nanoparticle colloids knowingly practice "misinformation" by attempting to confuse the consumer into thinking that PPM is the Dosage Amount when it is not.

Sellers of nanoparticle solutions have all these clever ways of calculating PPM based on NANOPARTICLES and not ATOMIC Particles? Again, Why, because they are clueless on making Atomic Particle Colloidal Silver, and the only "know-how" they know is to confuse the general public with wrong information that applies to nanoparticle standards.

The EPA has established a New Test that can detect Atomic Size Particles which are considered be to be "Trace Minerals." The test can calculate mcg per dose on most metals, but it seems that the more precious the metal, the less mcg it detects.

We believe that their test is NOT accurate for noble metals such as Gold, Platinum, Rhodium, and Ruthenium; these metals in the atomic state may be lighter and may also evaporate into thin air faster with the water molecules than other base metals such as Silver.

Because the ICP test uses a "Plasma Arc" to burn the solution to consolidate the Atoms into nanoparticles that can ONLY then be counted and reported on a Certificate of Analysis; otherwise, there is NO other method to identify Atoms in Water Molecules.

Consequently, we have to report the mcg that the Laboratory gives us on the certificate of analysis for Gold and other noble metals and may vary from certificate to certificate since it all depends on the temperature of the Plasma Arc in the ICP test.

So, even though we have very safe mcg, the available atomic particles may be more than the mcg per dose reported on our Supplement Facts Label.

Please note: The images are not the actual size, they are blown up to demonstrate the concept of Atomic Particles in Distilled water.

Get the latest updates on new products and upcoming sales